A group of Lockhart River roadworkers have formed their own business and tendered for work that would otherwise go to a fly-in fly-out workforce. Councillor Paul Piva, responsible for economic development in the community, said some 70 kilometres of roadworks around the community provided council with a chance to build local capacity. “It’s given us the opportunity to get 100 per cent Indigenous boys to go out there and work on the roads,” Cr Piva said. “Last year we gave it a go with two machines and then the local boys [saw] me and said ‘Paul, we’d like to give it a go as well’ and I said ‘Well, the opportunity’s there, the money’s there — why don’t we keep the money in the community?’ “That’s basically when the penny dropped and everybody said ‘Let’s do the same thing, let’s lease our own machines’ and that’s what we’ve done this year.”

Keeping the money within community and creating jobs ‘on country’

The $2 million worth of contracts have employed eight young men including 35-year-old Kanthanumpu man Wilfred Accoom who commutes two hours between site and home each day. “We’ve just been working on the formation of the road, putting re-sheet on the road,” Mr Accoom said. “Yeah, hard work getting up at four o’clock in the morning, driving out there … finishing off at six.” Mr Accoom said the long days and hard work would pay off, for both him and his people. “The money stays in the community amongst all the locals and more employment for the young people,” he said. “[We’re] trying to get them out there working on their country, giving it a go.” Darren Macumboy, aged 38, is a new trainee. He worked as a groundsman at the local school for about six years but saw the roadworks as a chance to learn new skills and earn more money for his family. “It’s time for me to seek different jobs. I’m doing my training on a roller and it’s definitely been a different experience from other jobs that I do,” Mr Macumboy said. The Wuthathi man said he was proud to be building roads on his country and wanted to set a path for his people.

“When I’m working in community it feels good, you know you’re not away from your family and you’re right here working, you’re surrounded by families too,” he said. 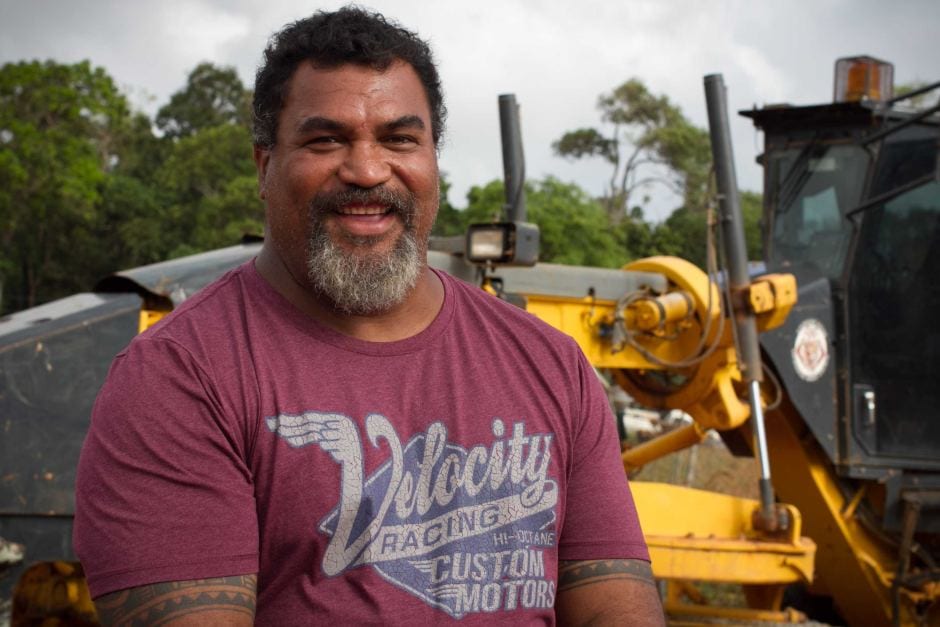 “Not only for my family but for the younger generation, I’m trying to be a role model — to show them that it’s not hard to get up and try different stuff and when you do, at the end of the day you’ll reach your goal.”

Lockhart River’s goal is to build local entrepreneurs and Cr Piva said he hoped his shire’s early success could pave the way for other Indigenous business opportunities. “I hope that there are companies out there willing to give us a go like Tutt Bryant’s done, giving us the faith to lease their machines,” Cr Piva said. “There are opportunities out there, just get out there and give it a go. “Try and empower your own people, get them involved as well so they understand the day-to-day running of businesses.” The Pascoe Farm roadworks will be completed by the end of August. Source: abc.net.au